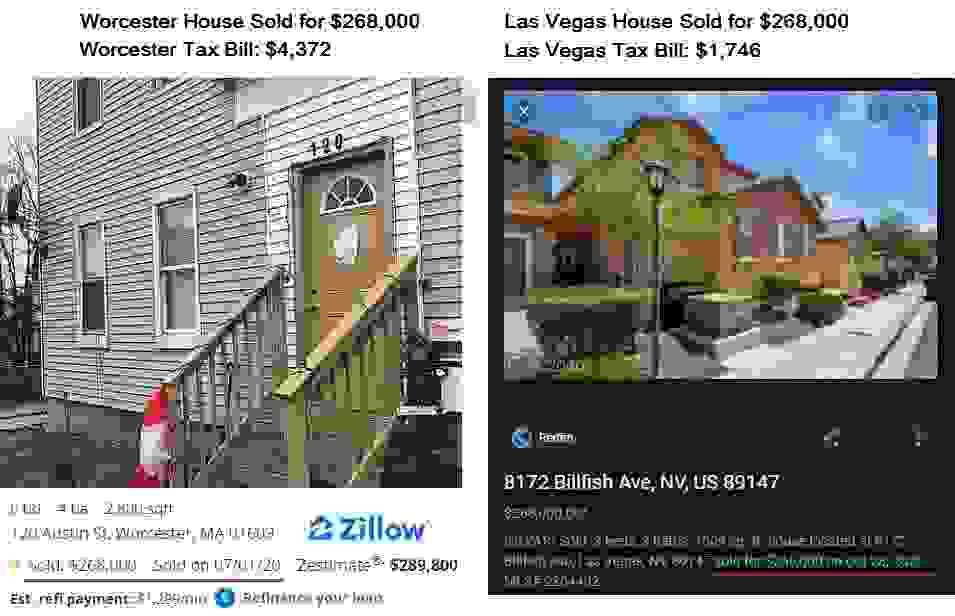 Your property tax bill is a percentage of the valuation of your property.

A Worcester house valued at $268,548 by the state, national, and Las Vegas tax rates are as follows:

Are you getting your money's worth?